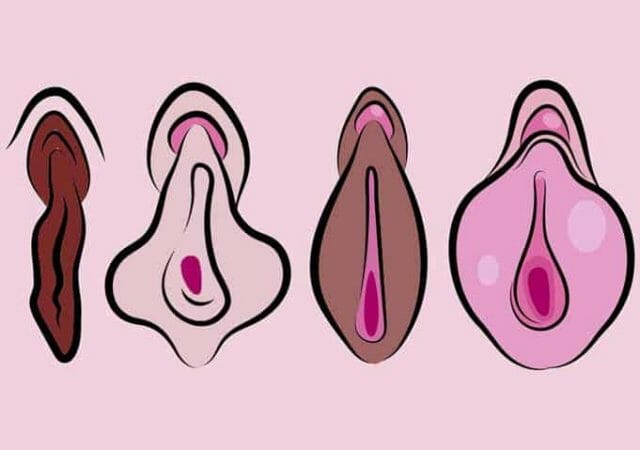 Does the color of the labia really depend on how often a woman has sex?

There are many claims circulating on the Internet, but most of them are not proven or are based on rumors or the statements of third parties that have not been verified. This category also includes the statement that the color of a woman’s labia allows conclusions to be drawn about her sexual behavior.

What is the point of this assertion?

How can you tell if the statement about the color of the labia is false?

If the color of the labia could really say something about the frequency of sex, all dark-skinned women (Africans, Indians, Latinas, etc.) would have to have a lot of sex. Often, however, the opposite is more likely to be the case. In many developing countries, very conservative moral concepts prevail. Sex before marriage is forbidden to women. If at all, they are only allowed to have sex with their husband. Having a lover is severely punished and women who sleep with other men are considered whores and despised.

Where does this claim even come from?

Almost all of them are clean-shaven between the legs. A “jungle” in this place is considered uncivilized, barbaric and unsanitary. However, when the pussy is shaved smooth, you can immediately see the color of the labia, because they can no longer hide. You can see that the color of the labia varies from woman to woman. A completely normal phenomenon.

The second possible explanation about the connection of the color of the labia and the sex life could be due to the fact that it has become normal for more and more women to be naked on one occasion or another. This applies not only to the nudist beach, but also to the solarium or sunbathing on the balcony.

It is almost inevitable that at least the outer labia also get some color and become darker due to the natural tan. Since women who are satisfied with their bodies and like to show themselves naked usually also have an active sex life, this could also have been the reason for the claim that the color of the labia would provide information about the sex life of the woman in question.

What do doctors say about the connection of the color of the labia with sex life?

All experts agree that it is nonsense and the claim is not true. While it is true that the hue of a woman’s labia can change, it has nothing to do with how often she has sex. Certain changes occur during puberty, but have nothing to do with sex. Also, during orgasm, the color of the labia can change, as well as their shape. They are very well supplied with blood during climax. As a result, they become darker and swell.

However, these changes are only short-term and disappear on their own after the orgasm subsides. The color of the labia can also change during pregnancy. Fat and water are stored there. This makes them larger and also a little darker. However, after the end of pregnancy, the changes regress within a relatively short time and do not persist.

My confession
I was curious to watch my parents having sex and hatched a plan. Not very nice to my father and mother, but they don't need to know everything. But it should turn out differently than expected. Now I have a little problem. Especially with myself.