With the Chinese sleigh ride to orgasm

Getting a woman to orgasm is a problem for some men. Many women prefer to simulate an orgasm in order not to disappoint their husband. However, this is not very satisfying. Those who have tried many sex positions without success should try the Chinese sleigh ride. The Chinese sledge ride is hardly more complicated than the missionary position, but much more effective.

A Chinese sleigh ride allows the man to penetrate particularly deep into the vagina. One of the most erogenous zones in the female vagina is the Gräfenberg spot or G-spot. This is located about five centimetres from the vaginal entrance near the urethra. If you would like to experience an orgasm together with a woman, you should take a closer look at it. Some positions hardly stimulate this point, others more strongly.

The position is easy to perform

During the Chinese sleigh ride, the woman lies on her back and spreads her legs. The man kneels between her thighs. Now he lifts the pelvis a little and puts it down on his thighs. If the woman wants to stabilise the man more, she wraps her legs around his hips. She can also stretch them out, which is not quite so advantageous. Now the vagina is in the correct position so that the man can enter the woman.

It is important for the man to develop a feeling for the woman. As she turns her face towards him, he can watch her closely. He immediately sees what she likes and what she doesn’t like, so he can react accordingly during the Chinese sleigh ride. Since the woman has both hands free, she can stimulate her clitoris at the same time. The Chinese sleigh ride is not fixed in the smallest detail. To increase pleasure, it is worthwhile if the partners are willing to experiment a little.

The man’s hands are usually under the woman’s hips or bottom. It increases the arousal of the woman when it massages the bottom at the same time. If he has more practice, he starts to massage other parts of the body. He can also try his hand at the clitoris, but he should already have a lot of practice. This part of the body is very sensitive and if the clitoris touches clumsily, the woman may feel pain rather than pleasure.

Not only the Chinese sleigh ride leads to orgasm

The Chinese sleigh ride is one of the best positions to get the woman to orgasm. No one can give a guarantee. For a satisfying sex experience there is more than just a sex position. The foreplay and the afterplay are at least as important. Intense tenderness not only on the genitals, the woman becomes strongly aroused. Even an orgasm is possible during foreplay. Due to the intensive preparatory work, an orgasm during the Chinese sleigh ride succeeds.

If it does not work immediately, the couple should not lose patience. Even if the man has had his orgasm and the woman has not yet experienced a climax except for a strong arousal, there is still the aftermath. Here the couple has all the time in the world to make up for what they missed. 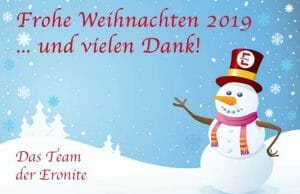 Interesting News
A little flashback and a short preview. But for Christmas 2019, we don't just want to say thank you, we want to express our pride in our cleaning lady. Why? Read here why we are so excited and why we will buy a cow!