Child sex dolls are a no-go! This is also becoming increasingly clear in politics. When the impious Real Dolls were offered and sold on Amazon by questionable Chinese sellers, an outcry went through Amazon and through Germany. To avoid inciting paedophilia, the article was immediately removed from the range. What is pedophilia and what are child sex dolls?

Children are growing up much faster in this day and age. Even at the youngest age they are dressed like little adults because it’s “cute”. Mom’s perfume and makeup are also interesting at an early age. Parents set few limits on their children in this regard. What adults find “cute” and “pretty” without ulterior motives is an El Dorado for pedophiles. Their attention is inexorably aroused. Social media and networks are rife with footage of little Lolitas of all ages. Even if pedophiles wanted to, they couldn’t get around those images. 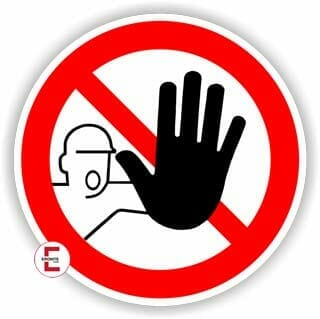 Pedophilia is a chronic mental disorder, usually occurring in males, that is manifested by sexual interest in children and adolescents. Pedophiles feel a sexual arousal at the sight of children and adolescents and imagine suitable sexual fantasies. The gender and age of the children does not matter. Both girls and boys from under 5 years old to 16 years old are attractive to pedophiles. Often the children come from their family or circle of acquaintances. Their urges usually increase until they pursue them and, at worst, become criminals. Unfortunately, what this means can be read over and over again in the media. For this reason, pedophiles who are not suspected of any criminal offence should in any case seek preventive therapy.

In addition to talking therapies, anonymous self-help groups are also offered there. To suppress the “wrong” urges, drugs are also used to reduce the libido. Pedophiles are quite pitiful people who fall into depression because of their addiction and often commit suicide.

The question of whether it makes sense to offer child sex dolls as a preventative measure or whether it is better to ban them so that no incentives can be created in the first place is a distinctly double-edged sword.

What are child sex dolls?

After Amazon and Ebay offered and sold child sex dolls from a questionable vendor in 2020, the outrage reached into politics. Petitions were formed and demonstrations took place in the streets. Discussions on TV were ubiquitous in society. Various political parties are now campaigning for a ban on sex dolls, especially in NRW and Lower Saxony.
The reaction of the selling platforms was quite questionable. The response from an Amazon spokeswoman was simply a reference to its own sales policies: “Amazon sales partners are independent businesses and must abide by our terms of sale. If we become aware of a breach, we will take appropriate action, which may include closing the account. The products in question are no longer available”.

Author Jasmin Schreiber pointed out on Twitter how effortless it is to order the controversial and irreverent child sex dolls. A screenshot shows disturbing images that the Chinese provider sends along in the package as an advertisement for itself. On it, lower bodies with pelvis, legs and feet can be seen sitting on a bench. They are clearly children’s legs. The arrangement of these is sorted into different age groups. Especially bad, a doll represents a maximum 3 year old child. These dolls are offered in sizes from 55 cm to 100 cm. The shipment, advertised as “discreet and fast,” is being shipped from China. A third-party supplier sells these products for around EUR 140. Full body dolls cost easily several hundred euros. The size of 1.25 m and the weight of 20 kg leave no doubt that it is the replica of a child’s body.

Why don’t the online sales platforms Amazon and Ebay do a better job of preventing the sale of child sex dolls? Theoretically, they could set up a block that affects all search terms for this deviant product. Prospective buyers would then not be able to find any offers in the first place. It could be so simple.

This issue is also becoming too sensitive for the federal government. A new bill on “sexual violence against children” is being debated. By explicitly mentioning the trade in child sex dolls, the market for these obscene dolls should be wiped out.

The legal policy spokespersons of the CDU/CSU are shocked that child sex dolls were previously freely available for sale. They suspect that this is what provokes the behaviour patterns in paedophiles in the first place and that the inhibition thresholds are lowered. The SPD also rightly fears that pedophiles might prefer a real child by using child sex dolls as their next step. Political parties are pushing for a quick finalization of the new bill. That would be really desirable.