Interesting News Stephan Gubenbauer - 6. May 2022
For people in the advertising industry who come up with slogans for perfumes and aftershaves, the new knowledge is a highlight. Because now they can announce that they have always been right. That sexual arousal can be measured in the air we breathe has now been discovered by a new scientific study.

Offers & Promotions Stephan Gubenbauer - 12. March 2022
In early summer, the Bavarian capital Munich will host BoundCon 2022. The International Fetish Convention has been held regularly since 2004 and is one of the biggest events in the scene.

Riot Mango: How I did the whore test

Interesting News Stephan Gubenbauer - 5. February 2022
Too often it happened that men were disappointed with the performance of the booked amateur whores. To make sure that doesn't happen, Riot Mango makes a whore test so that men are satisfied with paid sex.

Interesting News Stephan Gubenbauer - 24. January 2022
At the beginning of her career the amateur Merry4fun was still quite inconspicuous, but she went through a transformation that is unparalleled in the German amateur and cam girl scene. Popular for years for her sassy ways, she now looks like a true vamp.

Interesting News Stephan Gubenbauer - 23. December 2021
Sex while camping can be terribly exciting. No matter if you are a teenager who can't eat his girlfriend at home and therefore goes to the tent, or an experienced couple who gets closer to each other in the caravan. We have the best tips & tricks!

Interesting News Stephan Gubenbauer - 14. December 2021
No man is left cold when Sister Alice forms her full lips into a kiss and demonstrates what she can do with her lips, tongue and mouth. Not only will she rid any man of batten fever, but she's got a whole other set of skills.

Interesting News Stephan Gubenbauer - 23. November 2021
The sex-positive movement advocates for the elimination of sexual discrimination in everyday life. She wants to achieve a sex-positive attitude, which means that all sexual behaviors and orientations are considered normal as long as they are consensual.

Sexy Santa – Hot photo shoot in Berlin for a good cause

Interesting News Stephan Gubenbauer - 22. November 2021
Sexy Santa has done a great job: four young women who are bursting with sexiness and couldn't be more different. Each in her own way but a stunning sex bomb. For Mydirtyhobby they were in front of the camera for a good cause.

As a virgin in a brothel: Your first time with a prostitute

Interesting News Stephan Gubenbauer - 27. September 2021
Losing your virginity as a virgin in a brothel and gaining your first sexual experience is not a bad idea, many young men think at first. But how should the first time sex in a whorehouse look like and what is there necessarily to consider?
123Page 2 of 3 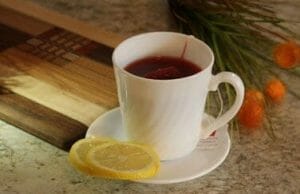 Interesting News
Entrepreneur Enzo "Potenzo" from Offenbach in Hesse invites you to a large press conference for tea time: the resourceful inventor wants to taste the first period tea made from real menstrual blood and present it to the amazed public.