Offers & Promotions Mario Meyer - 25. October 2019
What man does not dream of meeting hot girls who are taboo and willing? Such a thing is promised on many dating sites, but often not kept. Not so on www.eronite.live. There, men can not only make their dreams come true, but also receive a gift of 20 euros.

Why did only one in two receive a Netstars Award?

Interesting News Mario Meyer - 15. October 2019
Bureaucratic red tape and legal nonsense - at least that's what members of the influential Free Speech Coalition (FSC) say. In their view, 18 U.S.C. §2257 violates the First Amendment. But what exactly does this 18 U.S.C. §2257 actually say?

The Netstars.tv Party 2019 takes place in the fashionable Maxxim Club

Offers & Promotions Mario Meyer - 7. October 2019
The summer is - at least in Germany - already as good as over. But that doesn't stop the initiators of the MBM Exchange from launching a new event. Why is there a new event? Isn't there already enough for the online entertainment industry?

Interesting News Mario Meyer - 4. October 2019
For anyone involved in adult entertainment in the online sector, this event is actually a must. In addition to high-quality workshops, seminars and panels, there were excellent opportunities for the networking that characterizes this industry. A common togetherness.

Offers & Promotions Mario Meyer - 30. September 2019
No more condom mixes and standardized mix packs, where half of the condom ends up in the barrel. Everyone has different preferences, especially when it comes to sex. My condom has a pretty simple answer to that.

Offers & Promotions Mario Meyer - 24. September 2019
The special thing about the fair is that the fetish fan can not only inform himself about his passion, but also participate actively. At Passion 2019, there are various rooms available where he can try out the sex toys he has bought and/or brought with him.

We want to have you and your news with us!

Interesting News Mario Meyer - 1. September 2019
Probably the first thing you think of when you think of tea bags is delicious hot tea. It has little to do with the drink, but it's guaranteed to be hot. Tea bagging is a special form of stimulation that is not only good for tea time.
12345Page 3 of 5

All of which some people shove up their asses 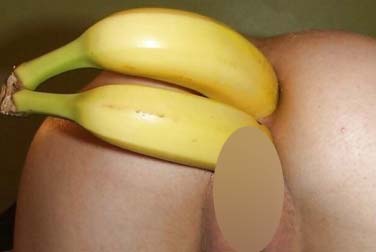 Interesting News
If you've ever wondered what people stick up their asses, all you have to do is ask a doctor. Of course he can't name names, nevertheless interested parties often get a detailed insight and see the love life of their fellow men with different eyes.