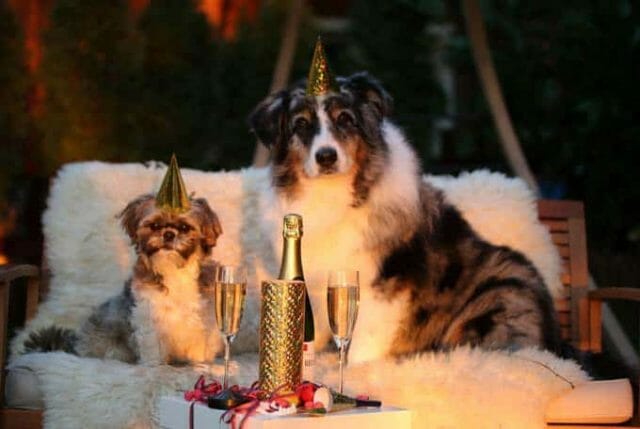 Advantage dog: his penis remains stuck for 30 minutes – whether the bitch wants or not!

Many men envy dogs for the fact that the act of love with them can last up to a whole hour. This is because the male’s penis does not swell to full size until it is in the bitch’s vagina. In this state, he can no longer detach himself from her. The penis remains stuck until both genitals swell again. But the foreplay of the dogs can also take a relatively long time. 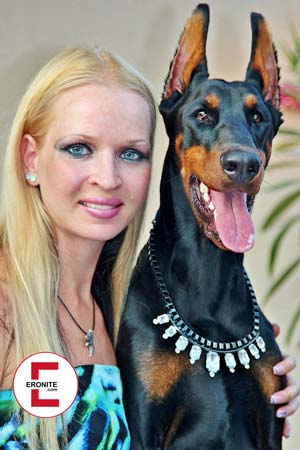 When the bitch comes into heat and reaches her peak, estrus or oestrus, she is fertile and waiting to be mated by a male. The foreplay is almost as important as it is for us humans. From all sides the dogs mount each other and sniff each other. This way they get to know each other better and decide whether they like each other or not.

To be mated, the bitch stands quietly, shows her backside to her canine partner, and stretches her tail sideways. In this position he can penetrate more easily with his semi-stiff penis.

Once the dog’s penis is inside the vagina, it swells to full size and the penis gets stuck. During a full erection, a swelling called a glandular bulb or a nodule appears at the back of the glans.

The vein pads of the vagina also swell and the dog can no longer pull the penis out of the tightly closed vagina. The penis gets stuck.

How long does the act of love last in dogs?

Once the bitch and male are firmly attached, the dog dismounts again and turns his butt towards the bitch, the penis remains stuck. The actual lovemaking act, which is also called “hanging”, is not finished until both penis and vagina start to swell again. Only then can the dogs separate again. The penis gets stuck and so this act usually lasts about 15 to 20 minutes.

For this reason, some men are jealous of the male for the erection and duration. But even with dogs, everything can be over after just a few minutes. The entire act with foreplay lasts up to an hour or more. It’s like people, some dogs get right down to business. Others just take a little longer.

More information about the mating act

So the penis gets stuck in the dog. But what happens then? The male dog approaches the female partner from behind. He uses his front paws to hold on to her. With his back paws he stands securely in front of his partner’s back paws. During the mating process, he prances every now and then so he can keep his balance. In addition, he lies down with his belly on the back of his partner.

What happens during penetration?

In the beginning, the penis is only slightly erect. This serves to be able to introduce it well. Once penetrated, only the complete erection develops. Subsequently, the glans is clearly visible. In parallel, the vein pads of the bitch swell in the vagina. The penis gets stuck. This engulfment ensures that the entrance of the vagina remains closed throughout the act.

Why is it necessary for dogs to stay connected during the act?

Hanging refers to the penis getting stuck, and is responsible for making fertilization possible in the first place. In the process, the male dog secretes different secretions. First comes the pre-secretion. It is a transparent liquid, which is partially released when covering. In the first place, however, when the male dog mounts the bitch and when he penetrates her. There are virtually no sperm contained there.

This is followed by the ejaculate when the male has completely penetrated his partner’s vagina and the penis has developed to full size. He ejaculates. Subsequently, he secretes a prostatic secretion when he is still connected to the bitch. A little later the act is finished. There are also very few sperm present here. However, the secretion has the task of transporting the sperm deep into the uterus.

The penis gets stuck – good reasons for the so-called hanging

The penis remains stuck to ensure that the sperm can not flow out of the vagina during this time. The deeper the sperm enter the uterus, the better the chances of fertilization. However, it is also possible that the penis does not get stuck. Then the mating act is much shorter. Here, however, it is less likely that fertilization will occur.

There are different reasons for this. For example, when male and female are involved in a mating act for the first time. Then the experience is missing and it does not work. The penis does not get stuck. The penetration succeeds only superficially and he slips out again without fertilization having taken place.

It is possible that the male dog is excited and nervous. Then the project may also fail. In addition, there may be health reasons why hanging is not successful. Possibly the vagina is too narrow. Or the vein pads fail to work and do not swell.

When can it be determined whether the bitch has actually been inseminated? This is possible about three weeks later. At the veterinarian, the measurement of the hormone level is carried out. In addition, a sonography is performed on the bitch. The owners still need a little patience after the mating.

Are there any risks that can occur during the deck act?

The penis gets stuck, the first hurdle is taken. However, problems can still occur even then. A bitch with lack of experience may become anxious and try to get away. Now, however, there is a bone in the dog’s penis that could be injured or break during this attempt.

Furthermore, the dog may not initially be able to restore a penis to its original condition. This causes great pain to the animal. The pressure could be too high for the bitch during mating. It could therefore buckle with the front legs. In doing so, she may injure herself.

Therefore, it is recommended for holders to be present during the entire process. If problems arise, they can act and help the animals.

When are female and male dogs sexually mature?

Similar to humans, dogs go through puberty. Then they are sexually mature and can produce further offspring – actually. The penis also gets stuck and the holders believe that the process is successful. But with the onset of sexual maturity, dogs are still too young to care for offspring. It is true that the body is able to cope with pregnancy. However, she is still too immature mentally to take care of the puppies correctly.

Bitches are sexually mature when the first heat appears. When this occurs depends not only on the breed, but also the size of the bitch. The heat itself occurs in different stages. In small bitches, heat sets in sooner. On average, bitches come into heat for the first time when they are six months old. In particularly large breeds of dogs, it is possible that they do not reach sexual maturity until they are two years old.

Once the bitch is in heat, she can be inseminated within this time. Provided that the penis remains stuck. This is possible no more than twice a year. As a rule, the heat shows in the spring and again in the fall. This is completely different for males. As soon as they are sexually mature, which can be as early as five months, they are basically ready to mate.

How does mating behavior manifest itself in dogs?

So males are generally ready to mate after they are sexually mature. As soon as they smell a bitch in heat, they are out to impregnate her. The bitch secretes sex hormones that the male dog can smell. He will try everything to mount this bitch. The penis gets stuck and the probability of fertilization is high.

If an owner does not want this, he must take care that the male dog does not leave unnoticed so that he can court the bitch. Competitive fights with other males can also develop. The males make an effort and want to impress the bitch. But usually the females choose the male who is allowed to mount them. She sniffs them extensively while the males try to ride up on the bitch.

If the bitch allows him, she stops and lets him. The tail is carried to the side so that the male can enter it. The penis gets stuck and the fertilization act begins. If she does not agree with the male dog, she will show him clearly. She growls or wants to bite him.

When dogs mate, the sole purpose is to provide offspring. Bitches are willing to do this only up to twice a year, the males always. As long as the dogs are still connected and the penis remains stuck, they should not be separated. This can cause severe pain.

How is the sexual behavior of dogs expressed?

For example, if there are two dominant males on a street, each of them will probably want to take on the role of lead male. But before it’s “the penis gets stuck”, the two must first clarify among themselves who deserves this honor. When the two meet on a walk, arguments may ensue.

As long as both are about the same size and weight and the owners of both are accepted as alpha animals, it is possible to allow the dogs to do it. For this, however, the animals must be allowed to behave according to their natural destiny. They must not be anthropomorphized under any circumstances. The winner of the competition is then usually allowed to mount the bitch. The penis gets stuck? Then there will probably be offspring soon. The penis remains stuck if it is the leading male. The other dogs, which must submit to the lead male, go empty-handed and are not allowed to mount the bitch.

Penis gets stuck – what else is there to say about the sexual behavior of males?

It is common for a male dog to be reprimanded or punished for sexual behavior. They are scolded if they let off steam on the pillow or other objects. This is because the owners are embarrassed, especially when others are around and can see it.

Some males now and then drive out the tip of the penis and are also punished for this. But this is wrong, because these are quite natural actions that are instinctively done by the male dog and must not be forbidden to him.