We were just able to catch Tight-Tini before she was shooting her next clip. The petite blonde with the dream body reveals us here her dream of the “Mafia boss”:

Eronite: Tini, thank you very much for answering our readers’ questions. How old are you and where are you from?
Tight-Tini: First of all, I would like to thank you for inviting me to the interview. I am 24 years young and live in the beautiful Hanseatic city of Hamburg. But I saw the light of day and grew up in Mecklenburg-Vorpommern. 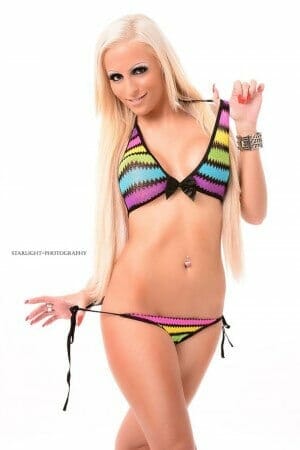 Eronite: When we see you in your films, you are quite taboo. Is there anything you’re dying to try?
Tight-Tini: There’s one wish I’ve had since I was little – and that’s sex in a movie theater, preferably with a camera, but unfortunately that hasn’t worked out yet.

Tight-Tini is very close to her fans

Eronite: You already have a big fan base. How proud does that make you in terms of recognition of your work?
Tight-Tini: That makes me proud myself, now after six months to have already inspired so many people that they want to be constantly up to date on my projects and support me in many things. Many thanks to each and every one of you! I am happy about every photo and autograph request from you, so don’t be shy. ;-)

Eronite: What does the male world say about your job when you meet them on a private level?
Tight-Tini: Funnily enough, most men don’t have a problem with it, but rather find it exciting. I think the days of having a big problem with that are thankfully over.

Eronite: You are one of the better known performers on the scene. Do you ever get recognized on the street? Or do you only see from the lustful looks of the men that they know you, but prefer not to talk to you?
Tight-Tini: Now and then it happens that I am recognized on the street, but strangely only the women then speak to me directly and ask for a photo or an autograph card. The men then always write me a message later. So dear men, dare, I do not bite ;)

Eronite: Short and thick or long and thin? What must he be like?
Tight-Tini: I’m actually relatively flexible, because it’s more about the technique. Since most women like me also tend to come clitorally, the length is totally irrelevant.

Eronite: On most shoots at Eronite, the actors and actresses are allowed to have a say in the script and contribute their own ideas and especially their preferences. Can you imagine playing in an Eronite movie one day?
Tight-Tini: I haven’t thought about shooting for a label yet, but I’ll think about it and let you know right away :)

Thank you for the interview, Tini! And maybe one day we’ll see you in an Eronite movie – we’ll keep our readers posted here at eronite.com!

Tight-Tini – Tightness can be so pleasant

Tight-Tini or simply Tini from Hamburg

In fact, it’s just a single mouse click away. Interested parties, and there should be many in the case of the pretty Hamburg woman, simply visit her in front of her sexy livecam. Now it’s time to chat, flirt and exchange ideas. Maybe a script for the next video of the tight Tini is already created at this point. With the fan as the second main character.

Like, if you want to give me a pat on the butt

So who would not like to comply with the request and give the blonde brat a slap or two? Of course, to answer this question, you have to see her gorgeous butt once. And the sight of the sugar-sweet blonde is worth it. This is an absolute splendor ass. The tattoos on the left side of her body extend over her buttock, on which the blossom of a flower can be seen. A sight that invites you to linger. 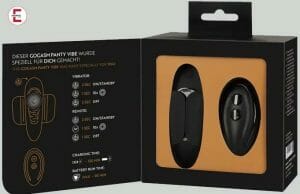